Kate Bush took to the stage at London's Hammersmith Apollo to play her first concert in 35 years last night (26.08.14). 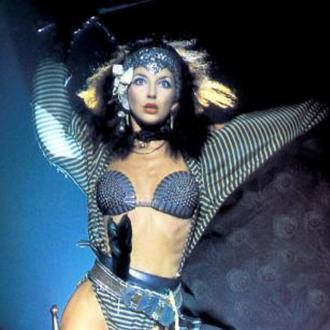 Kate Bush has played her first show in 35 years.

The 'Wuthering Heights' hitmaker took to the stage at London's Hammersmith Apollo last night 26.08.14), kicking off her 22-night stint at the venue and marking the start of her first set of live shows since 1979.

She asked the audience, ''Where have you been?'', before thanking the ''lovely'' crowd - which included Madonna, 56, Lily Allen, 29 and Bjork, 48 - for their support along with her 16-year-old son Bertie, who provided backing vocals.

Highlights of the show - entitled Before The Dawn - included a rendition of her 1985 hit 'The Ninth Wave' from her 'Hounds Of Love' album, which included images of the 56-year-old star swimming around in a giant flotation tank projected onto the big screen.

DJ Rob da Bank tweeted, along with the hashtag ''genius'': ''Holy s***. The Kate Bush show is reinventing the pop concert...laughing, crying and wondering what the hell is gonna happen next. (sic)''

Before The Dawn's choreographer, Anthony Van Laast, also turned the stage into a stormy sea scene, featuring both musicians and actors, and even dancing fish carcasses.

According to The Daily Star newspaper, Kate - who sold over 100,000 tickets for the shows in just minutes - chose the smaller venue in order to ''have contact'' with her fans.

She has also asked them not to take pictures or film her performing because of the nature of the West London arena.

Kate wrote on her official website: ''We have purposefully chosen an intimate theatre setting rather than a large venue or stadium.