Possibly one of the most eagerly anticipated 90s reboots of the year.

The 90s just wouldn't have been the 90s without 'The Magic School Bus', and now - at a time when revival of that particular decade is at its peak - we will be revisiting the show in a new Netflix reboot which will star Kate McKinnon. According to an announcement yesterday (February 8th 2017), the 'Saturday Night Live' comedian will join the voice cast of the new series, which is also set to feature a number of original stars from the show in all new roles. There were talks of an upcoming remake in 2014, but now that the cast is in the process of being confirmed, it finally seems real.

The shows producer Stu Stone (who did the voice of Ralphie) was the first to reveal to TMZ that 'a bunch of the original classmates have signed on for new roles in the reboot'. Production on the show has only just begun, but according to the publication we can expect 'celebrity cameos and a ton of surprises'.

McKinnon will lend her voice to Ms. Frizzle, the colourful elementary school teacher that was originally voiced by Lily Tomlin from 1994 to 1997. The Primetime Emmy winning star has had a lot of voice roles in the past, including 'Family Guy', 'Finding Dory', 'The Angry Birds Movie' and 'Nature Cat'.

For those who never got the pleasure of watching the original, the series follows an eccentric teacher who takes her students on a variety of science-based adventures in a school bus that can transform into anything from a submarine to a spaceship.

Joining Stu Stone in production are executive producer Deborah Forte and director Chris Gilligan. In 2014, it was revealed that Netflix had greenlit no less than 26 half-hour episodes.

'The Magic School Bus: Rides Again' is set to return later this year. 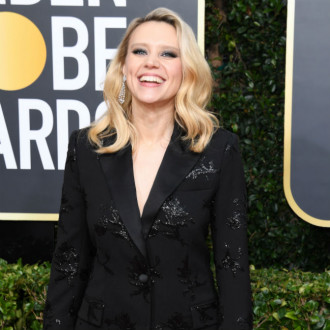