Chloe Green: I'd love the Duchess of Cambridge to wear my shoes

Chloe Green is thrilled her shoe line has been such a success and hopes The Duchess of Cambridge will be the next celebrity to step out in her heels. 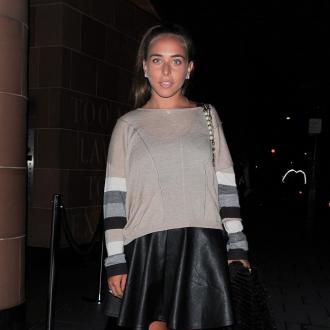 Chloe Green wants to see her shoes on The Duchess of Cambridge.

She said in an interview with the MailOnline: ''Who wouldn't want to dress the Duchess of Cambridge? It would be nice for an English brand to dress someone so British.

''Nicole Scherzinger has been great. She saw my collection and loved it and wanted to wear my shoes. Nicole Richie has been really supportive so has Demi Lovato.''

The former 'Made In Chelsea' star has been busy working on her third collection for the past six months, which will be stocked in Topshop and Selfridges and be available via her website.

Chloe said: ''I am very excited to see the third collection in stores. I am super lucky they wanted to stock it after the second collection was such a hit.

''I get brilliant feedback from customers who like what I'm doing and now my biggest challenge is to keep bringing them back each season by reworking their favourites as well as giving them something new.''

The brunette - whose father, Sir Philip Green, recently ranked number 16 on the annual Sunday Times Rich List - has been travelling the world getting inspiration for her new designs, which include flats and trainers for the first time.

She explained: ''I was inspired by being away in hot places so I wanted to design shoes for the beach as well as the club. You can pick two or three pairs from my range which can take you from day to night.''