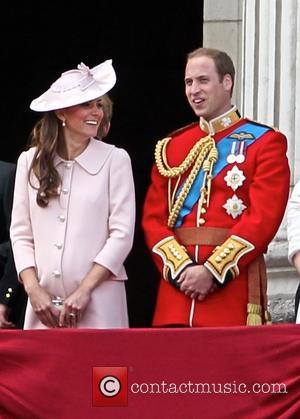 Caesarean sections are all the rage with celebs; we won’t go into why, but they just are. But for Kate Middleton – who is set to give birth to a royal sprog in the next few weeks – has elected to go for a natural birth, for safety reasons.

The birth will take place in the private Lindo wing of St Mary’s Hospital, Paddington, of course. It’s the same hospital that Prince William was born at, 31 years ago, and by electing to give life the old fashioned way, she follows in the footsteps of Princess Diana. Mervi Jokinen of the Royal College of Midwives and president of the European Midwives Association explains how women in the U.K are encouraged to formulate a birthing plan early on. “These consist of several things, they sometimes state the woman's wishes about pain relief in labour, positions they might want to take, who they bring with them, if they want any kind of drugs or if they are against epidurals," she said. "Basically it is a discussion before your birth about what you would like your labour to be."

Discussion: had. Decision: natural. And in keeping with their traditional tropes, Prince William and Kate “do not know and do not plan to find out the gender of the baby in advance,” killing off rumours that they’ve told friends and family the gender of their incoming little one. Kate and Wills will be parents soon Middleton - ridin' in the back