What Is A Hypnobirth And Why Is Kate Middleton Considering It?

The mother-to-be is considering going against tradition with an alternative method. 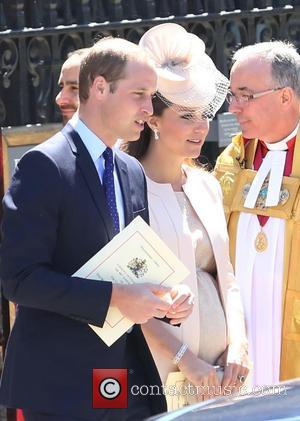 After making her final solo public appearance before her due date, Kate Middleton is already immersed in plans for the baby’s arrival and apparently she is considering a hypnobirth. According to the proponents of the alternative method, most of the pain during labor stems from the fear and anxiety of the mother, so a hypnobirth could make the entire event much shorter and less painful for the Duchess of Cambridge – or at keast that’s how the theory goes.

The mother-to-be has reportedly been considering the option for a while. Last month, a source close to the royals said for Now Magazine: 'Kate's very excited about the idea of  hypnobirth. She's exploring lots of options  but thinks  it sounds very interesting.

'The principle behind this latest celebrity fad sounds simple enough. Different visualization techniques and breathing exercises are used at various stages of the birth to relax the mind. This reportedly helps lessen the pain without the need for an epidural. According to specialists on the technique, at its core is the idea of changing the way the mind and body perceive the birth.

Lottie Daley, who runs the Blossom & Bloom Hypnobirthing classes in London, says: 'Hypnobirthing re-conditions the mind to view birth as a positive, calm and comfortable experience.'

Yes, that sounds very new-agey and untraditional, but this wouldn’t be the only time the royal couple have disregarded protocol. In fact, Wills and Kate have been adamant about doing things their way, especially where the baby is concerned. Will has even insisted that he be in the room during the birth of his child, which goes against tradition. The times, they are a-changing. Throughout her pregnancy, the Duchess of Cambridge has been keeping up with her public appearances. Apparently, she believes the alternative method could be right for her.