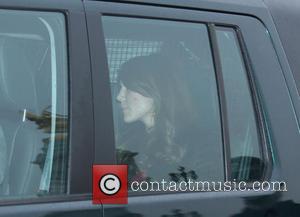 The British Royal family, to some extent, enjoy a portion more privacy than many other celebrities due to their elevated status. However, while many celebrities are snapped constantly in states of disarray and bikini clad on beaches that they thought were private, when that happens to Kate Middleton and Prince William - especially when Kate's pregnant - that kind of exposure of the family is called right into question. So much so that one of the magazines who opted to publish the photos of Kate on holiday has been forced to defend his decision.

"The article features photos of a young couple in love as they happily walk along the shore," Chi magazine's Alfonso Signorini told Hollywood Life. "They are images of such unexceptional normality that there is only limited mention of them on the cover of the magazine. Moreover," he continued, "the photographs can hardly be considered an invasion of privacy when the subjects are public figures in a public place, in the open air; specifically on a beach surrounded by other bathers."

A Palace spokesperson made a statement: "We are disappointed that photographs of the Duke and Duchess on a private holiday look likely to be published overseas. This is a clear breach of the couple's right to privacy."