Cara Delevingne earns £6,500 a day, according to accounts which were filed to Companies House. 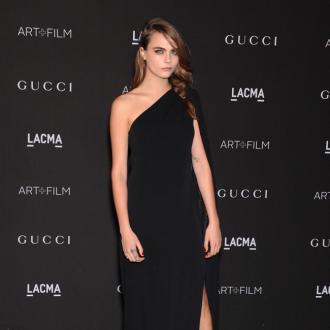 The 22-year-old star earns an average of £6,500 per day after securing several lucrative fashion contracts with Chanel, Victoria's Secret and her own clothing collection with DKNY.

According to accounts filed at Companies House by her business Cara & Co, the fashion darling has added to her £1.1 million earnings from 2012 after it was revealed that she had earned a total of £1.3 million in 2013.

The accounts also showed that Cara pays herself a salary of £326,349 as the director of the company.

Cara - who was recently unveiled as the face of the Topshop Christmas campaign - has enjoyed plenty of success over the past 12 months, after she starred in Burberry's 'My Burberry' perfume advert alongside the veteran supermodel Kate Moss in September. She has also featured in several advertisements for Yves Saint Laurent as she became the face of their Babydoll mascara earlier this year.

The beautiful brunette has yet to comment on her salary on Twitter where she has 1.93 million followers, instead she was busy tweeting about the release of the new Topshop campaign.

On Instagram, she posted a photograph of herself posing alongside Topshop CEO Sir Philip Green and pop star Beyonce.

She captioned the picture with: ''Thanks again uncle Phil (sic)''