Supermodel Kate Moss has nearly tripled her assets in the last year to £12 million. 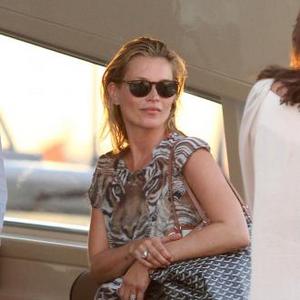 Kate Moss' assets have increased to £12 million in last year.

The 38-year-old supermodel almost tripled her assets in the last 12 months with her company Skate LLP triple its income from £2.4 million in 2010 to £7.8âmillion by the end of October 2011.

Another company, Tilly Church Ltd, reported a financial increase from £2.1âmillion to £4.5âmillion.

As arguably the world's most famous model, Kate has lucrative contracts with Christian Dior, Rimmel and CHANEL - a deal which she lost in the wake of her 2005 scandal when she was photographed allegedly snorting cocaine with her ex-boyfriend Pete Doherty.

Kate - who is married to The Kills guitarist Jamie Hince and has a nine-year-old daughter, Lila Grace, from her relationship with magazine editor and journalist Jefferson Hack - has a reputed total Fortune of £50 million.