Will Kate Moss Be Appearing on the X Factor? Simon Wants Her On Board 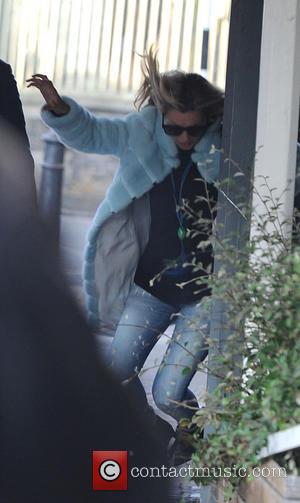 Picture: Kate Moss stumbles and falls to the ground while out walking her dog with husband, Jamie Hince Featuring: Kate Moss Where: London, United Kingdom When:...

The nation continues to sigh and groan under the weight of the hoards of manufactured musicians and bands with thanks to shows such as the X Factor, which means many people criticise the latest 'pop music', deeming it vacuous and interested more in looks than talent. Well, judging by Simon Cowell's latest dream employee- supermodel, not singer, Kate Moss- those critics are all right.

According to a source speaking to the Mirror, Simon is looking at ways of refreshing the show and one idea he will bring to the table is getting Kate Moss on board... "He knows how important the styling of the contestants is and having a supermodel and a world-famous name on board would certainly raise the bar." Apparently, if the rumours are correct and if she agrees, ""Kate could give the contestants advice and ideas on how they want to look and also how to look after themselves and still look great in the years ahead." Sounds riveting.

Both American and UK version of the X Factor have dropped ratings during the past year and consequently its creator, Simon Cowell, understandably wants to change the whole show up a bit. Both Gary Barlow and Tulisa Contostavlos' jobs are in contention for the can, to be replaced by fresher judges. Apparently, Nicole Scherzinger's contract is safe, having done so well this season getting both first and second place in the end with James Arthur and Jahmene Douglas.