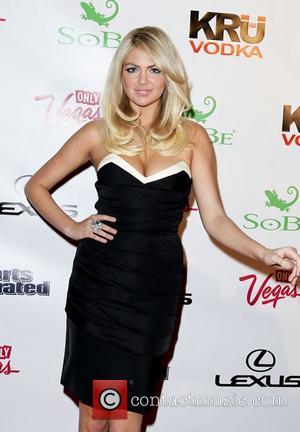 We’ve all seen a car being washed before, but have you seen one being washed in slow motion by a swimsuit model before? If you haven’t, then you still won’t have after watching the preview of Mercedes-Benz Super Bowl advert that they’ve uploaded onto Youtube. Despite billing the clip as ‘Kate Upton washes the all-new Mercedes-Benz CLA in Slow Motion’, the Sports Illustrated pin-up does no such thing.Shocking.

Instead, the model seems to have enlisted the help of several American Footballers to do the deed for her, whilst she watches on. She admittedly does look smoking whilst she watches on. So what does this all mean? Are we to see more of Upton when the full advert runs round? Or is she just going to walk off (presumably in slow motion) whilst these rugged lads get on with the task in hand.

They better make their mind up before the full ads finished otherwise that lovely looking new CLA is never going to get finished.

Check out the Mercede-Benz clip here

The commercial space around the Super Bowl is one of the most sought after by advertising companies the whole year round, with astronomical viewing figures meaning huge exposure, to the point where the anticipation for what’s going to be aired has started to receive as much attention as the game itself. Mercedes-Benz have certainly made an early statement of intent here, but is it for the right reasons? Kate Upton could well steal the limelight at this year's Superbowl