The 21 year-old model is very excited to be the new face of the make-up brand: "It's all about your inner beauty and make-up's just to enhance that." 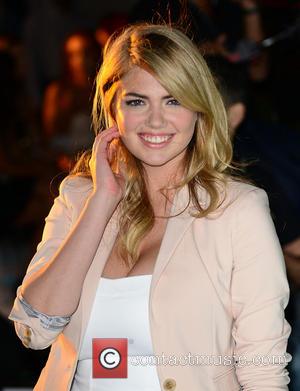 Kate Upton, at only 21 years-old, has landed the job of a lifetime.

The young model is now the new face of Bobbi Brown Cosmetics.

Both Upton and Brown couldn't be happier with this new career move as they took to Twitter to share their excitement.

"So happy to finally announce I am the new face of @bobbibrown !! Honored to work with @justbobbibrown," Upton tweeted.

"Brown echoed the enthusiasm as she posted, "Excited to work w @KateUpton as new face of @BobbiBrown. She's beautiful, confident & creates her own rules."

The Sports Illustrated Swimsuit model is only the second celebrity to achieve this honor, she is replacing actress Katie Holmes who was in this position since late 2012.

The founder of the cosmetics company told host Robin Roberts, "She's not just a woman that's beautiful - we all know that - but she is smart, she is nice and she creates her own rules, and a I love a woman who does that."

"That's why I was so excited to meet Bobbi and be in collaboration with Bobbi Brown, because it's so amazing," Upton said. "Every day when I'm on set with you I'm so inspired, and it's all about your inner beauty and makeup's just to enhance that."

In an additional announcement on Brown's website, she posted;

"I knew Kate's public face, too, but when I met her in person, it was quickly clear that Kate is really something special. She exudes confidence, warmth, and authenticity-her skin glows, and you can immediately tell that she's the sort of person who really loves her life. She's also a maverick who has carved her own path to success. I was an instant fan."