Kate Upton quashed rumours she recently reunited with Maksim Chmerkovskiy by celebrating her 22nd birthday with her other on-again, off-again boyfriend Justin Verlander on Monday (09.06.14). 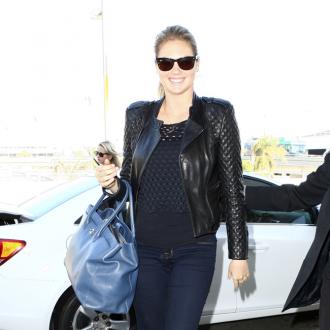 The Sports Illustrated model appeared to quash rumours she recently rekindled her romance with 'Dancing With the Stars' performer Maksim Chmerkovskiy by toasting her 22nd birthday a day early on Monday (09.06.14) with her other on-again, off-again beau, Justin.

The blonde beauty had lunch with the Detroit Tigers pitcher at Tavern on Rush in Chicago, as he had a game there that night.

Later that evening, Kate joined five female friends at the Tiki bar, Three Dots and a Dash, for another party.

Another source said: ''She looked stunning in a red dress. They toasted with champagne at midnight.''

The bikini model sparked speculation she had reunited with 34-year-old Maksim, whom she split from in December, after he posted a photograph of them cuddling on Instagram on May 31 and deleted the snap a few minutes later.

The image showed Kate smiling widely with her arm wrapped around him and was taken while they was partying at Tao nightclub in New York City.

Sources close to the former couple previously blamed their respective hectic schedules for their break-up, and Maksim recently flew to India to be a guest-judge on the local version of the reality dancing competition.