The 21 year-old model revealed her agents were relectant to get her casting calls because they weren't sure if her body-type was right for the big screen. 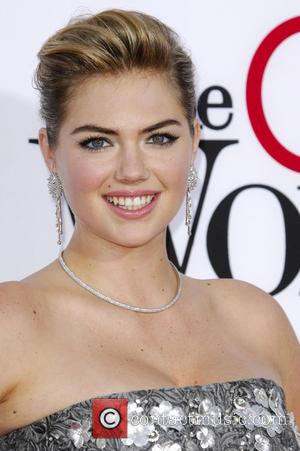 Kate Upton is currently one of the world’s most notable models, mainly for her recognisable curvy figure.

But not everyone agrees that the Sports Illustrated beauty’s desirable physique is a positive thing.

Upton, who stars in new comedy ‘The Other Woman’ alongside Cameron Diaz and Leslie Mann, reveals how she struggled to get cast when first going for interviews because her agents weren’t sure if her body was right for the big screen.

The admission came in Vogue U.K’s June issue, which she features on the cover of.

"I thought, how I'm going to come out of this will be an example for girls,” Upton added.

So far she has proven these agents wrong after ‘The Other Woman’ debuted at No.1 at the North American box office, even beating Marvel’s ‘Captain America: The Winter Soldier.’

Along with all the talk over her figure, Upton has garnered comparisons to iconic actress/model Marilyn Monroe, but she feels their similarities only go so far.

"I always thought Marilyn was so beautiful and iconic. It was amazing to even be mentioned in the same sentence as her," she says. "But I feel like nowadays it's easy to be genuine and show your personality, whereas I don't think Marilyn had that opportunity. And clearly she had a dark side, and I don't have that."

MORE: Kate Upton: Every Woman Can Feel Insecure At Times

Unlike ‘The Seven Year Itch’ actress, who died in 1962 aged 36, Upton has managed to keep away from the many temptations that come with fame, and she gives all the credit to her mother.

"My mom told me when I was younger that I could never raise my voice but I could always match a tone," the star explains. "I've kept that with me because, in fashion, there can be some heated moments. I'm never the one raising my tone, but I will match one."