Kate Upton is allegedly dating 'Dancing With the Stars' professional dancer Maksim Chmerkovskiy after being introduced by mutual friends. 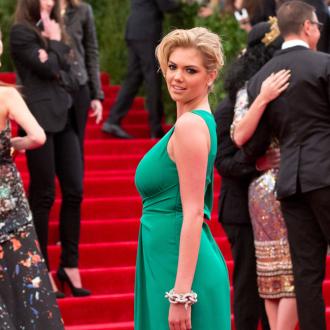 The Sports Illustrated model, who celebrated her 21st birthday on Monday (10.06.13), is rumoured to have enjoyed several outings with the professional dancer, who appears on 'Dancing With the Stars,' recently after being set up by mutual friends.

A source told UsMagazine.com: ''It's very new. They were set up through friends. They just started dating.''

A spokesperson for the model refused to comment but a friend close to the blonde beauty, who was previously linked to P. Diddy, confirmed that she and Maksim, 33, have been spending time together.

However, the insider insisted that they have known each other for a long time and are just friends.

The duo was spotted on a romantic date together at Scalinatella in New York City's Upper East Side neighbourhood recently.

An eyewitness said they were holding hands at their table and added: ''They were very canoodly. It was a very intimate meal.''

Kate is currently shooting her first major film role in the city alongside Cameron Diaz and Leslie Mann in 'The Other Woman.'