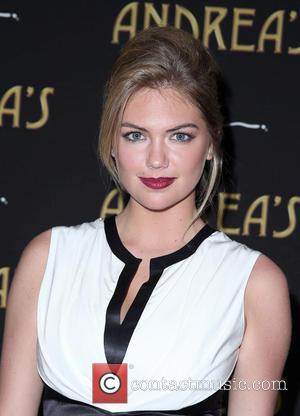 At the tender age of just 20, Kate Upton has done what only 14 other women in the past 40 years have managed - two covers of Sports Illustrated. The young model has also been on the cover of Italian vogue, and graced the pages of the same magazine, as well as in American Vogue. Her second Sports Illustrated cover is for the coveted swimsuit issue which sees her in a bikini and snow jacket with rolling glaciers behind. As Forbes reports, the swimsuit cover could boost Upton's earnings even further for years to come.

According to Forbes, Upton has made upwards of $2m already from her modelling. According to Patrick Wische, a professor at Webster University, being on the cover of the swimsuit edition "is very much on par with the lifetime gains that Hall of Fame athletes receive from the memorabilia and licensing marketplace". Indeed, the raised profile Upton receives from the cover could bag her endorsement campaigns for the mega-bucks brands for commodities such as cars and make-up.

Of course, it's not just Upton that benefits from her appearance on the cover, Sports Illustrated scored $35m from advertisements for that issue alone in 2005, a number that is estimated to be around $50m now, purely for the extra selling power of bikini clad ladies.

The issue will hit stands on Tuesday. Can't wait that long? Check out the preview here: