The 22 year-old model made many of her fans happy after admitting that she may do a pohot-shoot for Hugh Hefner's adult magazine "if it inspires me and if I think that it's cool at the time." 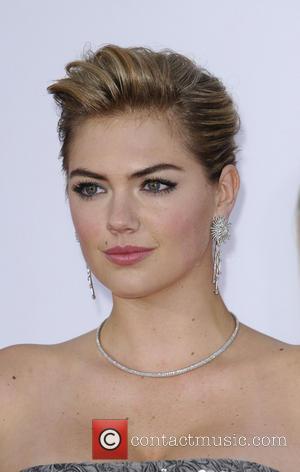 Kate Upton isn't saying no to Playboy just yet!

The 22 year-old model appeared a GQ event for Gillette in London on Wednesday (July 9th) and revealed some information that would make her fans very happy.

Upton, who is known for her curvy figure, admitted that there is a possibility she would do a photo-shoot for Hugh Hefner's adult magazine.

"I never like to say never," she stated. "Because there are circumstances that I could do pretty much anything if it inspires me and if I think that it's cool at the time."

However, Upton did reiterate, "But right now, at this point in my career, I'm not doing Playboy."

Although she may not go fully nude in the near future, the Sports Illustrated model did give fans a sneak peak at what they could expect in a recent Instagram pic.

'The Other Women' actress also opened up to GQ about what she finds attractive in a man, and revealed it all comes down to "confidence."

"Any time someone walks into a room who is just exuding confidence, I think whatever they're doing is amazing," she said.

But one big turn off for Upton is too much grooming because it is a sign that someone is insecure.

"I think there is a fine line between grooming when you're confident and you appreciate yourself, and grooming because you're insecure," she explained. "I think some guys try to please what other people think they should look like, instead of knowing how they feel the best in themselves."

The supermodel also commented on British soccer legend David Beckham being considered one of the U.K.'s best dressed men, which she finds confusing as "he's never dressed."

"He's always naked - he does campaigns in his underwear!" she said.