Jake Davidson Has A Firm 'Maybe' For Prom From Kate Upton

Kate Upton and Jake Davidson may just be a shoo-in for prom queen and king. 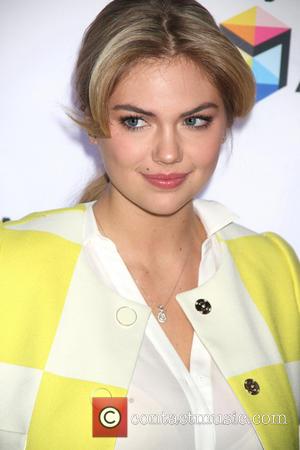 What happens if you have the guts to ask Kate Upton to the prom?

Ask and ye shall receive. The statement couldn’t ring truer in the case of one Jake Davidson – a high school senior from Sherman Oaks, who invited the Sports Illustrated cover girl to his prom via youtube video last Saturday. It’s doubtful whether he even expected an answer, let alone an appearance on national television, but here we are, less than a week later and Jake’s video and story have swept the nation.

First the high-schooler received an enthusiastic maybe via Twitter on Tuesday, when Upton posted the message: "You can call me Katie if you want! How could I turn down that video! I'll check my schedule." Then, on Wednesday, he got to appear on the today show, with an additional surprise – a call from Upton herself, who talked to her admirer about the video and ironed out the details of the prom proposal. It’s still a “maybe” so far, but Kate has said that she would love to take Jake up on his offer.

"I definitely have to check my schedule," said Upton, "but you seem like so much fun, and if everything works out, I'd love to go with you. I know we'd have a blast." Isn’t that the cutest thing? Kate might be travelling from the red carpet to a high school auditorium - all because of a youtube video.

Besides being a creator of funny videos, Jake is also the class president, editor of the school newspaper and has perfect SAT scores – we’re chalking up a victory for the nerds with this one, if you don’t mind. Well, there’s still two months to go until prom – but we’ll keep you updated.