Model Kate Upton has split with 'Dancing With the Stars' professional Maksim Chmerkovskiy after six months of dating. 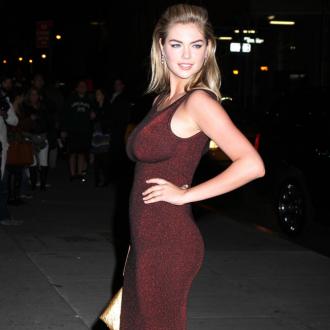 The model has called time on her relationship with the 'Dancing With the Stars' professional after six months of dating, blaming their respective hectic schedules.

A source told Us Weekly magazine: ''They are really good friends still and speak all the time, but their schedules just made it too difficult and it fell apart.

''[Maksim] has a lot of respect for her, but it just wasn't working anymore.''

The 21-year-old model and actress - who recently filmed a part in Cameron Diaz comedy 'Other Woman' - had been seeing Maksim since June and they publicly confirmed they were dating when they were seen holding hands in New York in September.

Speaking about their relationship, Maksim has previously said: ''She's an amazing person.

''We have an incredible time together, and, you know, I definitely didn't see that coming and I think neither did she. We enjoy each other's company very much and like I said, she's a great girl that I never thought anything romantic like this could have happened.''