Kate Upton and Maksim Chmerkovskiy have gone public with their new relationship after secretly dating since June. 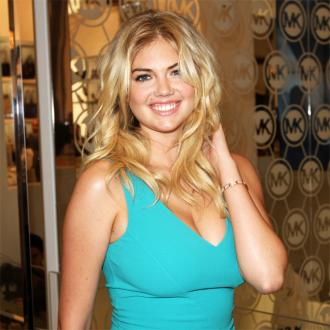 Kate Upton's romance with Maksim Chmerkovskiy is heating up.

The Sports Illustrated model, 21, has finally gone public with her new relationship with the 'Dancing With the Stars' professional, 33, whom she quietly began dating in June.

The couple were photographed looking relaxed and happy as they strolled through New York's West Village hand-in-hand on Thursday (26.09.13), according to E! News.

Earlier this month, Kate insisted she and Maksim were ''just good friends''.

But a source previously revealed that the duo were set up by mutual pals over the the summer.

The insider said at the time: ''It's very new. They were set up through friends. They just started dating.''

The blonde beauty went out of her way to avoid being photographed with her new boyfriend in July when they attended the same event separately.

A source said: ''The two did not want to be photographed together and did the best they could to avoid the cameras. They left the event around midnight and went to Catch sushi bar, that turns into a club. The two partied until the early hours.''

Kate, who insisted last month that she doesn't ''put relationships as a priority'', recently finished filming her first major film role in New York alongside Cameron Diaz and Leslie Mann in 'The Other Woman.'