Kate Upton's new boyfriend Maksim Chmerkovskiy was initially reluctant to date her because he is 12 years older than her. 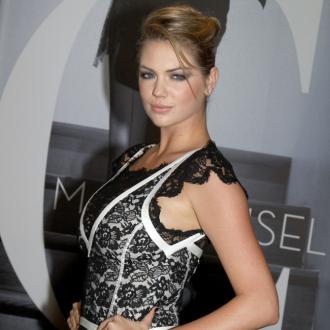 Kate Upton's new boyfriend was initially reluctant to date her.

Former 'Dancing With the Stars' professional Maksim Chmerkovskiy, 33, reportedly feared the 21-year-old model was too young for him but fell in love with her after they became close friends.

A source told People magazine: ''(He was) hesitant to start things with Upton because she was so young.''

The couple started dating after being introduced by mutual friends six months ago.

The source said: ''Along the way, it turned into something else. They just clicked. They are very serious. They have a lot of chemistry.''

The couple were photographed looking relaxed and happy as they strolled through New York's West Village hand-in-hand last month just weeks after Kate insisted they were ''just good friends''.

Kate, who insisted last month that she doesn't ''put relationships as a priority'', recently finished filming her first major film role in New York alongside Cameron Diaz and Leslie Mann in 'The Other Woman.'