Kate Upton WILL Go To The Ball... With A 17 Year-Old High School Student! 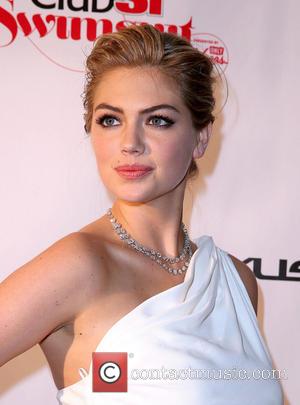 Jake Davidson surely couldn’t have imagined in his wildest dreams that his video plea to model Kate Upton to accompany him to his high school prom would have gone as well as it has done – but the 17 year-old could now well find himself going to the ball with the glamour star after she popped up on the phone on the Today show to say yes!

According to The Sun, Davidson had been brought onto the show to talk about the Youtube video he’d posted in which he’d said “Hey Kate, can I call you Katie?" and listed a load of reasons as to why she should go to the prom with him. Upton though was also on the show via telephone and she made his day, maybe year, maybe life by saying "I absolutely love the video it was so hilarious and so creative. Thank you so much for doing that I really appreciate it." A stunned Jake replied "Kate, I'm telling you it would be a great night, great evening, I could even get the curfew extended hopefully if I speak to my parents." Awww.

The model laughed "I definitely have to just check my schedule but you seem like so much fun and if everything works out I'd love to go with you, I know we'd have a blast." So there we go, looks like all you need to get a date is to post a desperate video plea on Youtube! Wish someone had told us that a lot earlier, would have saved a lot of heartache.