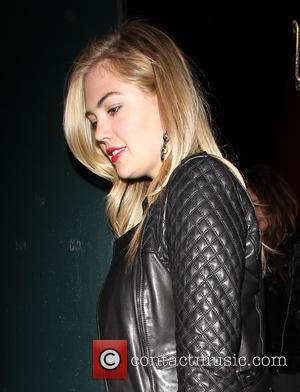 Picture: Kate Upton - Shots of a variety of stars as they left the nightclub Largo at the Coronet via a backstage door in Los Angeles,...

The Other Woman star was among the female celebrities caught up in the Hollywood hacking scandal, during which intimate pictures stolen by cyber criminals were posted on the Internet.

Upton admits she was furious about the leak, telling the London Evening Standard newspaper, "It was very difficult. It's an invasion of my privacy and it's not OK. It's illegal. People don't have a right to look at those photos or judge them."

The blonde beauty goes on to admit she longs to log off all her social media accounts in a bid to protect her privacy, but knows she needs to use sites such as Twitter.com to stay in the public eye, adding, "I fantasise about deleting my social media accounts. But I can't."