Details of the existence of "semi-nude" photographs of Kate Winslet’s husband Ned Rocknroll have been revealed in America. 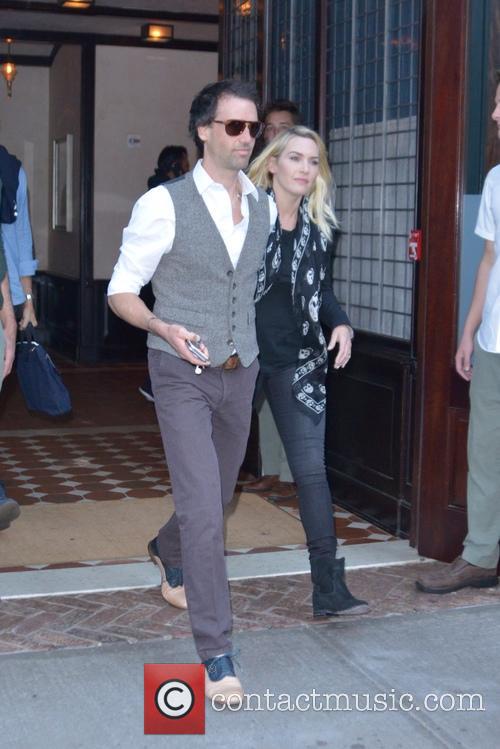 The publication, which cannot be named for legal reasons, has revealed detailed descriptions of the images three years after the businessman nephew of Sir Richard Branson won a High Court order banning publication of the "innocent but embarrassing" snaps in the U.K.

A source told British newspaper The Sun: “They are not bound by British law and are having a field day. There will be a number of celebrities deeply concerned they could be next."

The allegedly embarrassing photos of Winslet's third husband - who changed his name from Edward Abel Smith to Ned Rocknroll - were reported to have been taken at a fancy dress party in 2009, according to editors at The Sun. The newspaper claimed to have received them in 2012 after he married the 40-year-old Titanic actress.

At the time a British judge ruled that printing the image of Rocknroll at a friend’s fancy dress party would breach his privacy. He also said that Kate's three children, one of whom she had with Ned and two from former relationships, may be bullied if the pictures were made public.

Mr Justice Briggs described the pictures as “innocent but embarrassing” and said the party’s theme was “outrageous.”

The couple said after the two-day hearing in January 2013: “We recognise that in the internet age privacy is harder and harder to maintain. But we will continue to do what we can.”