Kate Winslet and Gary Barlow Honoured by the Queen 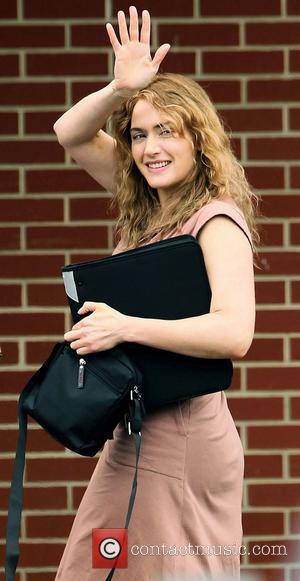 Kate Winslet was awarded a CBE by the Queen at Buckingham Palace for her services to drama, the Telegraph reports.

Wearing a stunning Alexander McQueen suit, showing off her curves in an effortlessly elegant manner, Winslet accepted her award from the Queen. Winslet's award is as a Commander of British Excellence (for those of us who didn't know what those three little letters stand for), of the services to drama. Her memorable roles in drama include the BBC's Sense and Sensibility alongside Emma Thompson, as a young Iris Murdoch in the biopic Iris and most memorably, in Titanic, which for many years was the highest grossing movie of all time.

Apparently, according to the Daily Mail, the Queen spoke to Kate: "She told me that she was delighted to be presenting me with my award and then asked whether I liked my job. I told her that I loved it but I love being a mum even more... The Queen said 'Yes, that's the only job which matters.' What a genuinely lovely thing to say! And I couldn't agree with her more."

Acknowledging the honour, Kate said: "I enjoy every minute of my job but, to be really honest with you, it does seem a little bit fatuous here. I have just been watching all these amazing men and women being honoured for literally laying their lives down on the line, so to be rewarded for my services to drama doesn't really have the same gravity, does it? That said, it is a real honour to be recognised."

Others to be celebrated this year include Gary Barlow, whose work this year has been distinctly tied with the monarchy, arranging the Jubilee concert as well as being penning the Jubilee single, 'Sing'.