Kate Winslet is to become a mother for the third time! 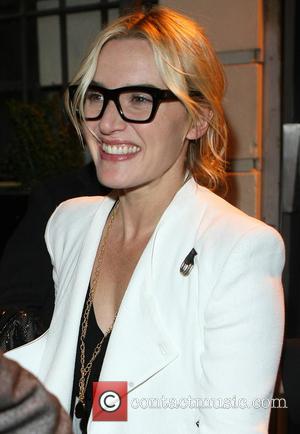 Oscar winning actress Kate Winslet is pregnant with her first child to husband Ned Rocknroll. The 37-year-old will become a mother for the third time - she is also a parent to 12-year-old Mia with her first ex-husband Jim Threapleton and 9-year-old Joe with her second, Sam Mendes.

Winslet tied the knot with the fantastically named Ned Rocknroll in December after a year and a half of dating. He is the nephew of billionaire Virgin mogul Richard Branson. The actress had never ruled out having more children and told InStyle back in 2006 that she was "hoping to have more kids...I don't know whether one or two. Oh, God, I would love to have more."

Incidentally, Winslet's recently wrapped up filming the Jason Reitman-directed drama Labor Day in which she plays a depressed single mother who offers a wounded escaped convict a ride. As police search the town, the mother and her young son gradually learn his true story as their options become increasingly limited. The movie also stars Tobey Maguire and Josh Brolin and hits theaters on January 31, 2014.

Meanwhile, the actress continues to work on the dystopic drama Divergence, the first movie in the upcoming franchise based on the novels by Veronica Roth. It stars up-and-coming actress Shailene Woodley in the lead role of a teenager who seeks to break free from her homogenous society that divides people based on human traits.