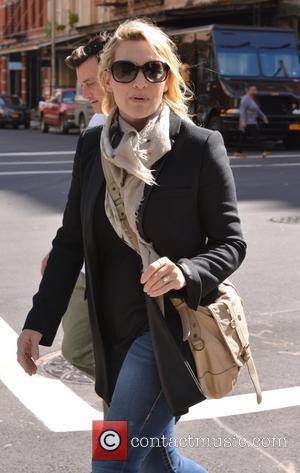 The Titanic star marked the milestone on Monday (05Oct15), and spent the previous weekend (03-04Oct15) in New York City.

She was attending the New York Film Festival to promote her new biopic Steve Jobs.

The movie premiered on Saturday night (03Oct15) and director Danny used the moment to celebrate the actress' big day.

He brought Kate's co-stars, Michael Fassbender, Seth Rogen, and Jeff Daniels onto the stage before the film.

They all then led the crowd in a rendition of Happy Birthday as Kate walked out, according to the New York Post.

During a recent interview with her co-star Michael, Kate revealed she hoped to receive a pressure cooker for her birthday.

She later admitted her pal went to the trouble of tracking down a pressure cooker and handing it over as a gift.