British Actress Kate Winslet Is Making A Stand For Normal Mums, Insisting It's More Than Healthy Not To Race To Lose Baby Weight After Giving Birth. 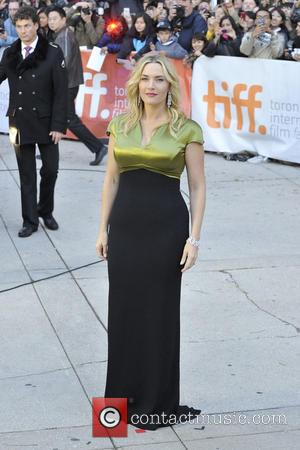 The Titanic star, who gave birth to son Bear 15 months ago, believes the media has created an unhealthy trend for shedding baby weight as soon as possible - and she's determined to let all real mums know it's OK to take your time to get back into shape.

"You know, looking amazing eight weeks post-baby is having huge boobs - because they're full of milk - and a belly that still looks like you've got a baby inside it, because guess what - that's what actually happens.

"I think it's not right and it's not fair. Having a baby is amazing and not fitting into your jeans... it's kind of a pain in the a** for a while, but ultimately, it just doesn't matter. It just doesn't matter, and that time of being at home with that little newborn and not having to... wear a pair of jeans or slip into a red carpet dress, it's so fantastic and... I wanted it to go on and on forever."