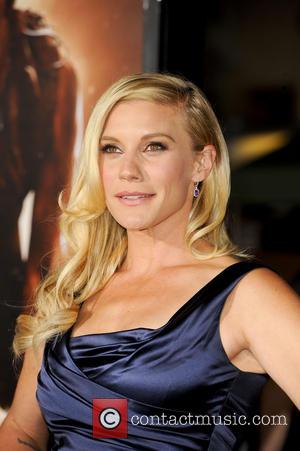 Actress Katee Sackhoff fears she has missed out on her dream of portraying Wonder Woman on the big screen - because she's now too old to play the comic book heroine.

The 33-year-old Battlestar Galactica star has revealed she once auditioned for the part when David E. Kelley was working on a script, but he didn't like the idea of Sackhoff as Diana Prince's alter-ego.

The actress tells Wenn, "David Kelley didn't like the idea... I loved Wonder Woman growing up. Any tough woman that I could be I wanted to be, but the Wonder Woman ship has sailed."