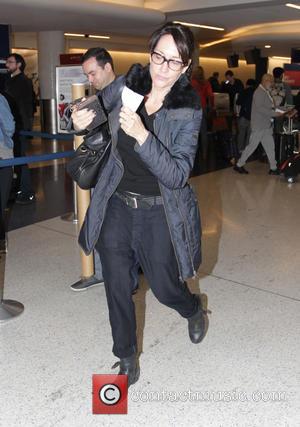 Actress Katey Sagal is teaming up with husband and Sons Of Anarchy creator Kurt Sutter once again for a drama called The B**tard Executioner.

The Hollywood couple's hit motorcycle crime drama ends its seventh and final season in December (14), but Sagal has already lined up a new project once the series comes to a close.

Speaking to reporters during a conference call on Monday (17Nov14), Sagal confirmed she will "definitely be involved" in the new series, which will air on America's Fx network, the home to Sons of Anarchy.

She added, "I'm going to be in it. We don't know in what capacity yet, because Kurt's just starting to work on it. But that's where we're going."

The B**tard Executioner is a period drama centred on a "warrior knight in King Edward Iii's charge who is broken by the ravages of war and vows to lay down his sword. But when that violence finds him again, he is forced to pick up the bloodiest sword of all."

Sutter previously stated he's heading to the U.K. in January (15) to begin preparing for the series.