If you're a fan of Glee or of Sagal, this is your cue to get excited. 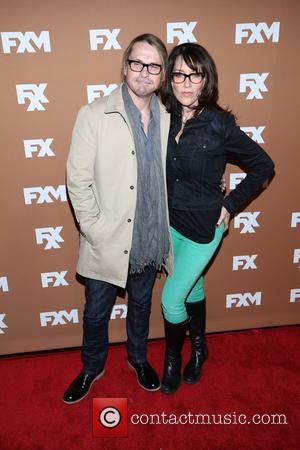 Katey Sagal is to appear on Glee! The Sons of Anarchy actress will portray Artie’s mother in an episode during May sweeps, according to a report by Deadline. Sounds like something created in the darkest recesses of your TV-fueled subconscious, doesn’t it? Or maybe Kevin McHale’s subconscious, since the Glee actor was the first to suggest the actress would be a good book during last summer’s Comic-Con.

Now McHale’s suggestion is coming true, as producer Ryan Murphy announced Thursday: "So thrilled to announce my friend Katey Sagal is playing Artie's mom on Glee! There is nothing this woman can't do!"

Murphy hasn’t mentioned whether Artie’s father has also been cast and whether he will even appear in the episode, but McHale has his own pick for his on-screen dad – Harry Connick Jr. And since Connick’s part on Law & Order: SVU is coming to an end soon, it does look like the actor will have enough time in his schedule, if Glee happened to come calling. Besides Glee, Sagal is also rumored to be attached to a comedy project that Sons of Anarchy creator Kurt Sutter has reportedly sold to FX.

We’re not sure if there’s any overlap between the fanbase of Glee and that of Sons of Anarchy, but if such TV-viewing unicorns exist, they’re probably in seventh heaven at this point.