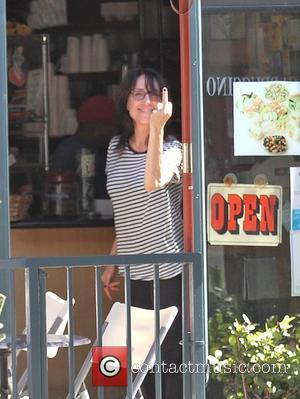 Actress Katey Sagal is nursing her husband Kurt Sutter back to health after he underwent an appendectomy.

The Sons of Anarchy creator had to be admitted to a Los Angeles hospital on Monday morning (27Oct14) after experiencing pain in his abdomen while on the set of the hit motorcycle drama.

Doctors had to perform emergency surgery to remove the appendix and after the operation, Sutter took to Twitter.com to share a gruesome snap of the bloody tube with fans.

In the accompanying caption, he wrote, "So apparently this needed to come out."

He later thanked followers for their messages of support, adding, "Thanks for all the love and well wishes. Appendix ejected. Back in director's chair Wednesday."