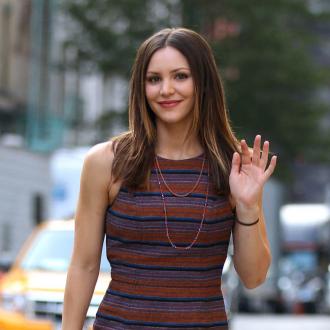 The 29-year-old actress - who is currently married to 47-year-old producer Nick Cokas - is reportedly ashamed of herself after she was seen smooching with her former 'Smash' director, who has three young daughters with his wife Mary McCormack, last weekend.

A source told US Magazine: ''She is so embarrassed she was caught. She should have known better!''

The former 'American Idol' contestant and her husband have been separated for six months and are currently living apart, while Michael's wife reportedly threw her beau out of the family home last weekend after the images emerged online.

The musical series 'Smash' was recently cancelled after just two seasons and it was previously revealed the brunette beauty was planning to leave the show if it wasn't axed.

Two months before it was cancelled in May, an insider said: ''She refuses to do any interviews pertaining to 'Smash' now. She'll only talk about magazines she's in and her music. She knows it was a failure and she doesn't want her name linked to it, because nothing she has done has been a big hit. She wanted to break through and be a big star by the time she was 30.''