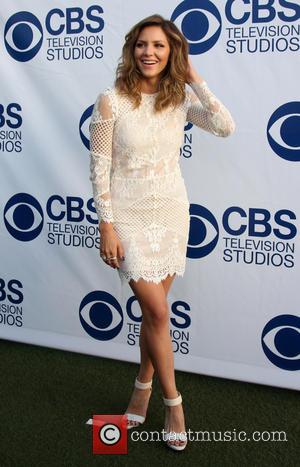 The couple, which wed in 2008, had reportedly been separated for some time before the star was photographed locking lips with her Smash director Morris.

MCPhee sparked rumours of a reconciliation with Cokas in March (14) when they were spotted together in public for the first time since the scandal, but she has now filed legal papers to end the union.

A statement issued by her representative reads: "After six years of marriage, and having been separated for the past year, Katharine MCPhee has filed for a dissolution of marriage from Nick Cokas.

"The two have an amicable relationship and will remain friends. They ask that people respect their privacy during this time."

Neither MCPhee nor Morris have commented on their brief fling, but the director has since reunited with his wife, actress Mary MCCormack.