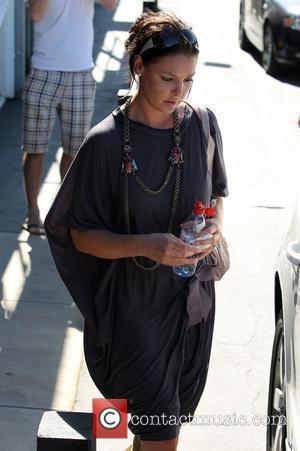 Picture: Katherine Heigl spends the day with her mother and daughter shopping at Cross Creek in Malibu Los Angeles, California - 30.04.10

Actress Katherine Heigl is considering joining Nicole Kidman in Nashville, Tennessee to help her husband Josh Kelley launch a career as a country singer.
The former Grey's Anatomy star has shot to fame since her breakthrough movie role in 2007 hit Knocked Up, landing parts in romantic comedies including The Ugly Truth, 27 Dresses and new film Killers.
But she's looking to scale back her work schedule after becoming a mum to adopted daughter Naleigh, and is contemplating a new life in Tennessee so pop/rock star Kelley can focus on rebranding himself as a country music artist.
Heigl admits she has her worries about moving states but insists it's all part of becoming a mature adult.
She tells Harper's Bazaar magazine, "It's time to reevaluate and grow up.
"I hope by my mid-30s, I get to the point where I don't doubt myself. I'm going to make mistakes and say stupid things, but I won't have to sit in a room in the dark and wonder, 'Am I a bad person?' It will be, 'OK Katie, enough with the drama.'"
Kelley, whose brother Charles is one third of hit country band Lady Antebellum, signed a new record deal with Universal Music Nashville in November (09).