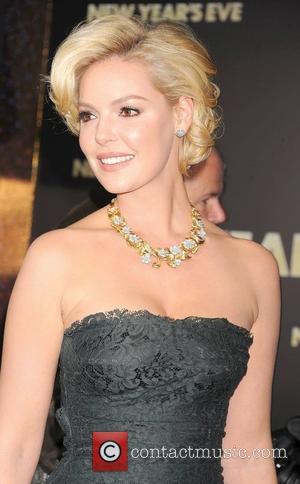 Katherine Heigl struggled to adapt to motherhood when she adopted a daughter with husband Josh Kelley, admitting she was "intimidated" by the youngster.
The actress became a first-time mum in 2009 when the couple welcomed little Naleigh, from South Korea, into their family.
Heigl was worried the little girl, now three, would not adapt well to her new environment, and admits she fretted for weeks after the pair adopted.
She tells Britain's Cosmopolitan magazine, "The first few days we were shell-shocked and terrified of messing up. I felt a need to protect her - that's just a mother's instinct - but I was also intimidated by her, and nervous that she wouldn't love me.
"She'd just flown across the world and we were speaking a different language, we were in a different time zone, we looked different... plus she'd been in a really loving, wonderful foster home. For the first three weeks, we couldn't get her to giggle. I was like, 'Oh no, she hates us'."