'Killers' actress Katherine Heigl is planning to have another baby with her husband Josh Kelley. 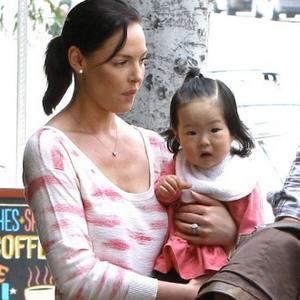 Katherine Heigl is planning to have another baby.

The 'Killers' actress - who already raises nine-month-old adopted daughter Naleigh with her husband Josh Kelley - admits they are thinking about extending their brood further and hope to have another child in the near future.

Katherine revealed: "We would like to have a second child - adopted or biological. We're not ruling it out."

The 31-year-old beauty has been inspired to raise a second child by the recent earthquakes in the Caribbean nation Haiti, where the area suffered mass devastation and thousands of children lost their parents.

She told Germany's Gala magazine: "Just look at Haiti. They're so many parentless children. It breaks my heart. I want to help."

While Katherine is keen to lend her support to others, Josh believes an addition to their family would provide "a little friend" for their young daughter.

Although they have no specific plans at the moment, Katherine admits anything is possible because she is so spontaneous.

She added: "I often plunge into things and hope everything will be alright."

Katherine has always been dedicated to motherhood, and even quit her work on medical drama show 'Grey's Anatomy' so she could spend more time with Nayleigh.