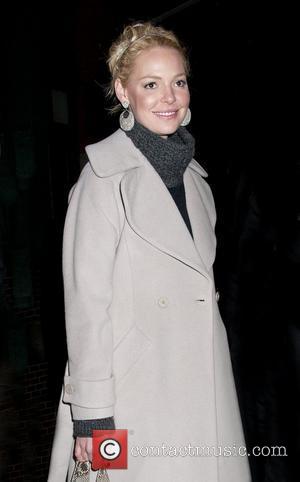 Katherine Heigl has confessed that she could have cut her nude shower scene from her upcoming movie One For The Money, if she had wanted to. Heigl bought the rights to Janet Evanovich's novel, and acted as executive producer on the movie. So, she could have cut the scene if she had wanted to. However, Heigl has told reporters that she kept the scene in the movie out of respect for the original book: "I loved it so much in the book I knew I had to do it."
She doesn't appear to have enjoyed filming the scene, though, Despite being hailed as one of Hollywood's beauties and having a website named 'Katherine Heigl Is Hot' in her honour, the Grey's Anatomy star is apparently not so enamoured with her appearance as others seem to be. "You are just never happy with how you look" she said. And although she chose to film the shower scene, she's said that when it came to the day of filming, she began to question her own motives. She recently told E Online "It's so uncomfortable. You are just never happy with the way you look. No matter how hard I tried or how little I ate that whole day hoping my stomach would stay flat, it doesn't matter."
One For The Money is scheduled for release in February 2012. Starring alongside Katherine Heigl will be JASON O'MARA and Daniel Sunjata. Heigl is also scheduled to appear in The Big Wedding in 2012, with Robert De Niro and AMANDA SEYFRIED.