Abc Dancing With The Stars Vote? Who Is First Out? 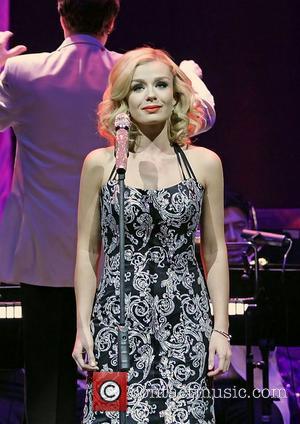 It was Katherine Jenkins who set the bar during the opening night of Dancing With The Stars's 14th season on Monday evening (March 19, 2012), scoring 26 out of 30 for her impressive opening routine with partner Mark Ballas. Actor Jaleel White matched the score, with the pair of celebrities leaving the early competition struggling to catch-up.
In fact, only Kristi Yamaguchi during season six has received a bigger opening night score, receiving 27 for her performance with Ballas in 2008. Elsewhere on Monday's episode - which recorded underwhelming viewing figures - WILLIAM LEVY and partner Cheryl Burke scored 24 points, while Gladys Knight, Sherri Shepherd and Jack Wagner all scored 23. It was Jaleel White who closed the opening show, with a routine to Frank Sinatra's The Way You Look Tonight'. The dance promoted head judge Len Goodman to proclaim, "Without a doubt, this is the best first show of any season".
Attention now turns to the first public vote on March 27, 2012, when one celebrity will become the first to be eliminated. Early indications suggest Maria Menounos could be in trouble (scoring only 21 on Monday), though Gavin Degraw fared even worse, recording a paltry 20 for his efforts.