Pregnant Classical Singer Katherine Jenkins Showed Off Her Baby Bump Onstage At The Ve Day Concert In London On Saturday Night (09may15), Performing Alongside Stars Including Status Quo And Pixie Lott. 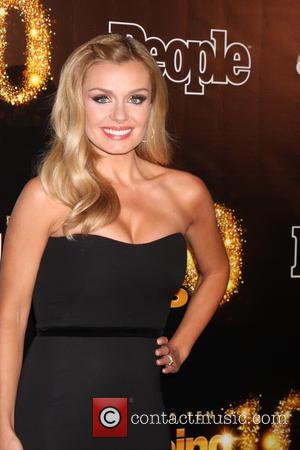 The Welsh star, who is expecting her first child with husband Andrew Levitas, was among the performers during the show, which was held in the British capital to mark the 70th anniversary of Victory in Europe (VE) Day.

Actor Robert Lindsay read extracts from speeches by British wartime Prime Minister Sir Winston Churchill, while Laurence Fox teamed up with Foyle's War actress Honeysuckle Weeks to give a moving performance of letters written by a British Army sergeant and his new wife three days before he was killed in battle.