This week we heard Billie Eilish's Bond theme No Time To Die, pop lovers complain over Rage Against The Machine's inclusion in the Reading & Leeds line-up, and Katherine Ryan absolutely shutting down misogynistic comments from Slowthai at the NME Awards. Ladies and gentlemen, we have a new Hero of the Year. But it was Hero Of The Year winner Slowthai who caused the biggest stir when he started making disgusting sexual comments towards host Katherine Ryan, who rather admirably kept her cool and responded with her usual sarcastic humour. That's how a true professional deals with hecklers. Slowthai, on the other hand, "dealt with" his own hecklers later on by throwing a glass into the crowd and launching himself at an audience member who called him misogynistic. The rapper did go on to apologise to Ryan via Twitter, but, unsurprisingly, his conduct lost him his ambassadorship for Record Store Day.

More bad news came when Elton John was forced to abandon a show in Auckland on his farewell tour, due to vocal issues linked with an earlier diagnosis of walking pneumonia. He insisted on performing, but looked devastated when he realised that he couldn't carry on. Despite this, he is continuing the remainder of his New Zealand tour dates.

I want to thank everyone who attended tonight's gig in Auckland. I was diagnosed with walking pneumonia earlier today, but I was determined to give you the best show humanly possible. I played and sang my heart out, until my voice could sing no more. I'm disappointed, deeply upset and sorry. I gave it all I had. Thank-you so much for your extraordinary support and all the love you showed me during tonight's performance. I am eternally grateful. Love, Elton xx ?? @bengibsonphoto

On a more positive note, there were scenes of nostalgia at Queen and Adam Lambert's  Fire Fight Australia benefit concert in Sydney where they recreated their 1985 Live Aid setlist for the first time in history.

Billie Eilish's eagerly anticipated James Bond theme No Time To Die finally arrived to much critical acclaim. She's the youngest person to ever record a Bond theme and she did not disappoint. She'll be performing the breath-taking song at the Brit Awards on February 18th.

Meanwhile, Pearl Jam is breaking new ground with their new single Superblood Wolfmoon. The full track will be on streaming services from Wednesday (February 19th) but fans can hear a preview via the Powster app if they point their phone directly at the moon thanks to the wonders of technology.

Stormzy and Rage Against The Machine were announced as the final headliners for Reading & Leeds Festival in August alongside Liam Gallagher, but fans of the festival were mystified by the confirmation of the Killing In The Name hitmakers. Comments such as "Rage against the who???" and the chuckle-worthy "If you think I am paying upwards of £250 to have goths scream in my ears you are desperately wrong" appeared one after another on Twitter. Oh well - you can't win them all!

This is the line up from 2008.@OfficialRandL is a rock festival.
If you want your bucket hat/fiat 500 artists, go to creamfields or just don't go at all...

Point still stands though, it's a ROCK festival.

More festival announcements include Latitude adding Snow Patrol and King Gizzard And The Lizard Wizard to their 2020 line-up, and Bjork among those for Bluedot Festival. Post Malone is also the latest headliner for London's BST Hyde Park in July. 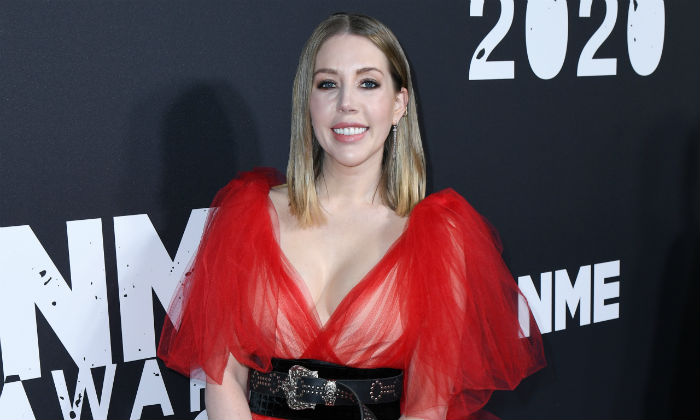