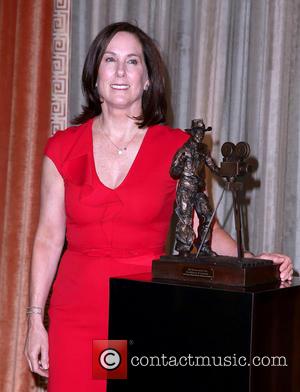 Lucasfilm President Kathleen Kennedy is the latest top U.S. studio executive to make the pilgrimage to China to discuss ways in which the burgeoning Chinese film industry and Hollywood can cooperate to their mutual benefit. At a Beijing symposium, Kennedy noted that China's film industry is developing faster than any other outside the U.S. and that 75 percent of Chinese movie theaters are able to screen 3D films. This is amazing, and I'm willing to partner with Chinese friends, China Today quoted her as saying. She went on to note that the Walt Disney Company, which purchased Lucasfilm last year, is working with The National Animation Center in Beijing to develop young animators with the hope of exporting Chinese stories and culture. Asked about whether Chinese-produced films could eventually find a global audience, Kennedy replied that the key to doing so lies in telling universal stories that move people's hearts.

A Map Of The World Movie Review

What American Beauty did for the suburbs, A Map of the World aims to do...