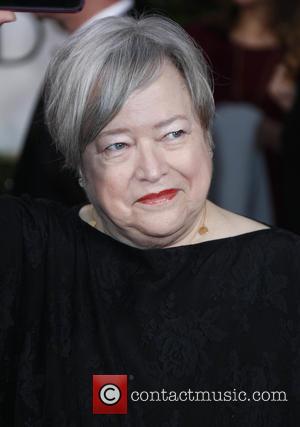 Picture: Kathy Bates - A host of stars were photographed as they took to the red carpet at the 72nd Annual Golden Globe Awards which were...

Kathy Bates has to undergo physiotherapy once a month due to an ongoing struggle with a painful condition stemming from her battle with cancer.

The Misery actress has battled both ovarian and breast cancer, and she underwent a double mastectomy in 2012.

She has since started campaigning to raise awareness of lymphedema, a condition caused by the removal of lymph nodes during cancer treatment which leads to painful, swollen limbs.

Bates' lymphedema affects her arms, and she often struggles with driving and lifting heavy objects, and she even has to wear special safety garments on planes.

The actress also sees a doctor once a month for physiotherapy, telling Palm Beach Illustrated, "The thing I wish I had known more about and that doctors don't emphasise is: After they remove your lymph nodes, you're likely to have lymphedema. That's the swelling of the arms. It's something I would like to raise awareness about, because women can feel like that's an ugly souvenir they've been left with.

"I have to wear compression sleeves on the plane now... I have to go to the doctor at least monthly and do physical therapy... It's sometimes more difficult to find jackets or shirts that fit. I shouldn't really lift anything over about five to 10 pounds with that arm. I just need to take it easy with that arm. Driving sometimes is difficult, and I love to drive."