British actress Kathy Burke is to appear in the 'Absolutely Fabulous' movie. 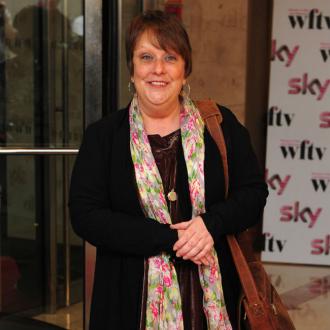 Kathy Burke is to star in the 'Absolutely Fabulous' movie.

The 51-year-old actress appears set to reprise the role of Magda, Patsy Stone's editor, in the eagerly-awaited new comedy movie.

Kathy tweeted a picture of the front of a confidential cast list with the word ''*teasing*'', virtually confirming she will be starring alongside Jennifer Saunders and Joanna Lumley in the film based on the popular 90s sitcom.

Joanna previously revealed the new movie will see the TV show's old cast come together for the one-off project, which has already been scripted by Jennifer.

She said: ''We are all there, the same old gang. Lots of people you will have seen in it before, I think we are going down to the south of France to do some of the shooting there.

''It'll all be shot on location. It is going to be ravishingly funny! Very gorgeous... and completely fabulous!''

Meanwhile, it's also been reported One Direction star Harry Styles has been handed a cameo role in the film.

A source previously said: ''Jennifer has told friends she wants Harry to be part of the movie. She's got some great cameos in the bag already, but wants to give the film a young, hipster edge.''