The husband of the American model was reportedly found dead from a self-inflicted gunshot wound to the head while at a San Fernando Valley shooting range. 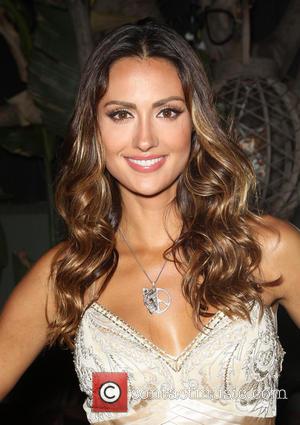 Katie Cleary is forced to clear up the truth amidst this tragic incident.

The American model is dealing with the sudden passing of her estranged husband Andrew Stern, who committed suicide on Sunday (June 22nd) in Van Nuys, Calif.

Stern was reportedly found with a self-inflicted gunshot wound to the head at a San Fernando Valley shooting range, TMZ reports.

The gossip site claims that the 40 year-old businessman was "suffering significant stress over marital problems," and also had a "history of depression and financial issues."

Additionally, Cleary is having to deal with reports that suggest her husband’s passing was due to her close friendship with Hollywood stars Leonardo DiCaprio and Adrian Grenier, with whom she was recently photographed while in France.

"Katie and Andrew have been separated and in the process of finalizing their divorce for a few months and her relationship with Leonardo and Adrian were simply platonic as she was there to promote her animal welfare documentary Give Me Shelter,” Cleary’s rep said to E!News.

Adding, “We respectfully request her privacy be given at this difficult time and have no more comments on this matter.”

Just last month Cleary was photographed getting very close with DiCaprio at Gotha nightclub in Cannes. The ‘Wolf of Wall Street’ actor could be seen pouring the former ‘America’s Next Top Model’ contestant a cocktail while on the dance floor.

The 32 year-old beauty was also spotted enjoying the company of Grenier a few days later in France as well. After four years of marriage, Stern filed for divorce against Cleary in April 2014, citing irreconcilable differences as the reason. They have no children together.

"Andrew and Katie have been in the midst of a very amicable separation and had remained on excellent terms," a source close to the couple told People. "This is devastating news for us but we have been aware of Andrew's longtime struggle with depression." Andrew and Katie were married for four years