Katie Couric Bulimia Battle Revealed: I Owe It To Viewers To Be Honest 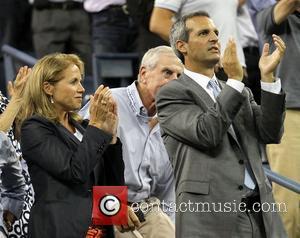 Katie Couric’s bulimia battle became the subject of yesterday’s episode of her new syndicated chat show (September 24, 2012). Couric explained, in an interview with Associated Press, that she felt it was important for her to be as honest with her audience as she asks her guests to be. “I kind of hesitated to even bring it up,” she said of the eating disorder. “But I felt that if I expect people on my show to be honest, then, when relevant, I owe it to people watching to be honest myself… I wanted to focus on my guests, while acknowledging one of the reasons this issue is so important to me: I went through it."

Couric explained that she first started struggling with the illness when she was rejected by her first choice of college. “Like a lot of young women, I was struggling with my body image," she said, "and feeling like I wasn't good enough or attractive enough or thin enough.” Couric managed to control the problem with the help of a therapist and explains “I've learned how to have a much healthier relationship with food, and how to enjoy my life without obsessing about food.”

Couric was joined by Demi Lovato for the show, as she placed the focus on the show’s guests, rather than on herself. The young X Factor judge is known to have suffered with bulimia herself, so agreed to appear on Couric’s chat show to discuss her experiences with her own body image issues.