This past weekend, the 57 year-old reporter tied the knot in the back yard of her East Hamptons, New York, home. 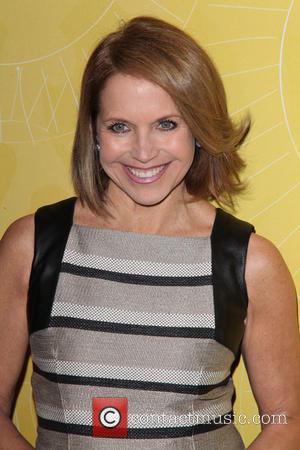 Katie Couric is a married women!

The ceremony took place in the back garden of Couric's lavishing home in front of 50 friends and family.

The newlyweds became engaged last September and have been in a relationship for nearly three years.

"We wanted to keep the wedding just very low-key," Couric told People Magazine before the wedding. "This is not my first rodeo so I didn't want to go too crazy and neither did John."

This past January (2014), the former 'Today' co-host revealed plans for her summer wedding while attending Howard Stern's 60th birthday bash.

In that same month, while attending the Sundance Film Festival, she told The Hollywood Reporter, "It will just be a small dinner in New York." Adding of Molner, "He's the wedding planner!"

It didn't take long for the veteran television journalist to share the good news after saying "I do."

"So excited to make my debut as Mrs. John Molner!" she tweeted on Saturday.

The ceremony was a very family oriented affair with Molner's two children, Allie and Henry, reading to the guests, as well as Couric's daughters Ellie, 22, and Carrie, 18, whom she shares with her late ex-husband Jay Monahan.

Carrie also sang for the happy couple, and Molner's nieces were the flower girls.

The bride sported an ivory beaded and embroidered Chantilly lace halter gown by Carmen Marc Valvo, which she admitted to showing her beau before walking down the aisle.

"I hope this isn't bad luck but I actually tried it on for him," she confessed. "I tried on a number of dresses and I was so busy, I had a crazy spring."

So excited to make my debut as Mrs. John Molner! rel="nofollow" pic.twitter.com/UjvmtT2ki0