Katie Couric To Dance With Matthew Morrison On Glee 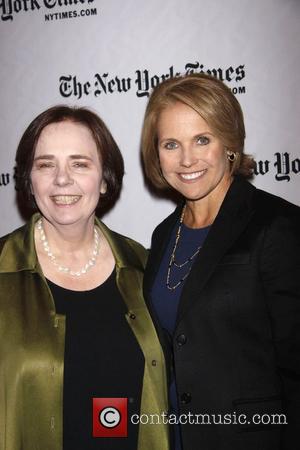 Katie Couric will perform a dance routine on Glee when she makes her much-anticipated appearance on the show's 'Super Bowl' episode.
KATIE COURIC, the 54-year-old American newsreader and television personality, will dance with Matthew Morrison in an episode of GLEE set to air on 6th February 2011, reports Entertainment Tonight.
32-year-old Morrison confirmed that he would be dancing with the news anchor when he spoke with radio host Ryan Seacrest earlier this week and added that it was "a blast" working with Couric. He also discussed his own musical career and revealed that he is currently recording a new solo album to be released later this year. The actor said he initially envisaged that his music would sound like 'Justin Timberlake meets Michael Buble' but that it eventually came out "eclectic and raw".
The KATIE COURIC episode of Glee, titled 'The Sue Sylvester Bowl Shuffle' is reported to have been the most expensive yet, costing between $3-5 million to complete. As well as Couric's cameo the episode will feature the cast performing Michael Jackson's 'Thriller' with stars Lea Michele, Heather Morris and Dianna Agron playing zombies.