Katie Couric will interview Michael Bloomberg, which will be his first public address since being appointed to the United Nations' special envoy for cities and climate change. 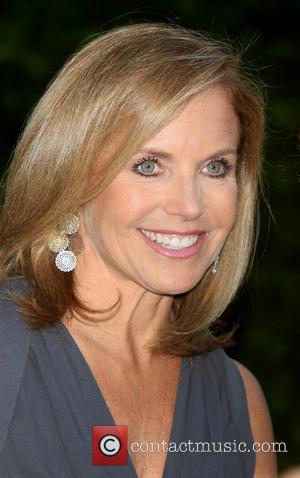 The 56 year-old, who is still adjusting to her new role with Yahoo News, will conduct a sit-down interview with New York City's former mayor Michael Bloomberg.

Couric, who signed a deal with the internet site last November (2013), debuted as Yahoo's Global News Anchor in a test show this past January, interviewing former Defense Secretary Robert Gates.

Even though the host is beginning her employment for Yahoo, she is still filming this current season of her ABC syndicated talk-show 'Katie', but will leave once this series concludes.

The journalist will also be leaving the television network after serving two years of a three-year contract.

Couric announced her interview with Bloomberg on Monday (March 10th) via her new Tumblr page. Katie posted, "As I begin my new role as Global Anchor for Yahoo, I want to hear from you. What stories matter most to you, and which people do you find most interesting?"

"I've been really fortunate to have the opportunity to talk to some fascinating people in my career, from presidents and heads of state to celebrities and newsmakers of the moment," she added.

The news anchor then announced, "First up is former NYC Mayor Michael Bloomberg. From gun control to smoking to obesity, he's never been shy about tackling tough or controversial issues." She added, "Now in his new role at the United Nations he's taking on climate change...in cities all around the world."

One of Couric's new duties will be to conduct "groundbreaking interviews," which explains the choosing of Bloomberg, as this will be his first public address since being appointed to the United Nations' special envoy for cities and climate change.