Dead Accounts To Close On Broadway Six Weeks Ahead Of Schedule 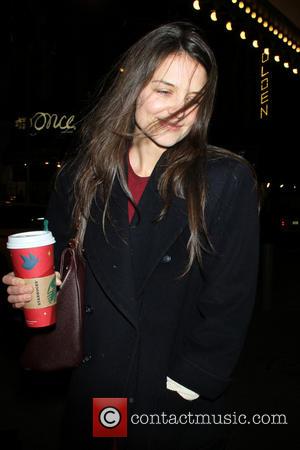 What does a divorcee do with her free time exactly? Katie Holmes will have to think about that pretty soon, as her play (well, the one she’s starring in anyway) Dead Accounts is about to close on Broadway, six weeks ahead of schedule.

Apparently, the play wasn’t exactly pulling in the crows, and consistently filled less than 50% of the seats, despite a pretty unanimous thumbs up from critics too. At the end of its run, the play will have gone through 27 previews and 44 performances, which sounds pretty good to us, to be honest. Apparently, producer Jeffrey Finn isn’t one to complain either. "I am extremely proud of this production and the cast," he said in a statement to BroadwayWorld.com. "Theresa Rebeck and Jack O'Brien have created an inspiring and hilarious new play and we are all sad to see Dead Accounts end on Broadway. I look forward to working with this remarkably talented cast and creative team again very soon." Well, as long as there are no hard feelings.

If, by chance you want to see the play before it closes, you will still be able to for a few weeks. Dead Accounts doesn’t close until January 26. Hopefully by then, Katie will have another project or two lined up, and wont have to rely on that alimony check too much.