Katie Holmes is reportedly dating Alexander Skarsgard after they grew close on the set of their movie 'The Giver'. 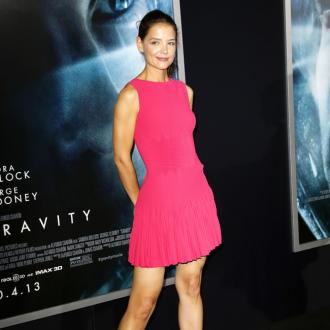 The 35-year-old actress grew close to the 37-year-old star when they filmed 'The Giver' last year and they stayed in touch afterwards and are said to have enjoyed a string of secret meetings recently.

A source told Britain's Grazia magazine: ''Their flirtation was one of the worst kept secrets on set. Nobody is surprised that they've been spending time together. They really enjoy each other's company.''

Katie - who has eight-year-old daughter Suri with ex-husband Tom Cruise - will be able to spend even more time with the 'True Blood' star in the coming months as they will be promoting their movie.

The source added: ''While it's all quite casual at the moment, they are looking forward to spending more time with one another as they promote the film, especially as they are both single.''

The former 'Dawson's Creek' star - who has been romantically linked with Jamie Foxx, George Clooney and Luke Kirby since splitting from Tom two years ago - recently insisted she is too busy with her career and raising her daughter to date at the moment.

She told America's Glamour magazine: ''I am really focused on motherhood and work right now.''